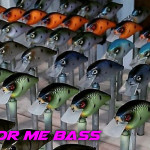 Relax folks… I’m not talking about the 90’s boy band who had the hit song “I Wanna Sex You Up”.  Although, if they made a comeback as bass anglers, this would be the perfect name for them! As tournament bass anglers, we are always looking for an edge.  Something that could potentially set us apart […] 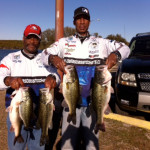 My partner and I won the first Dallas Bass Hookers Club Tournament of the year, January 17, 2015 on Squaw Creek Lake in Granbury, TX. I had never fished the lake before, and my partner had not fished it in years. So we knew we had our work cut out for us. The morning started […] 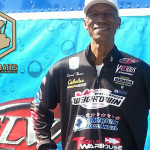 Skirmish Baits is proud to announce our newest Pro Staff member Darrel Thomas. Darrel will also serve as our National Pro Staff Director. Darrel brings over 25 years of Sales & Marketing experience to our up and coming company. His knowledge and background should prove extremely beneficial in the future of the Skirmish Baits brand. […] 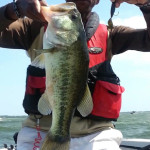 The soft plastic grub has been around since the early 1970’s. If you’re like me, the curly tailed grub is one the first artificial lures you ever learned to use as a kid. Over the decades, with the advent of new and innovative soft plastic bait designs, the “lowly” grub has been forgotten and discarded.   […] 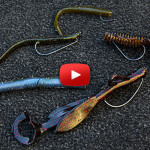 This video provides some basic tips on selecting the right hook for different types of soft plastic baits. 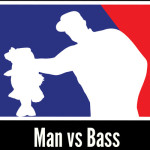 Man vs. Bass is proud to announce our newest Pro Staff member Darrel Thomas, and welcome him to the MVB family.  Darrel Thomas Fishing on Facebook and his website www.darrelthomasfishing.com are great sources of bass knowledge, so please show him some MVB love! Providing the Best Fishing Apparel with Clean Designs for the Future of […] 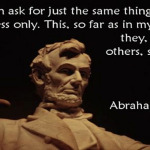 While I contemplated writing this article, I asked myself “Is this question too serious for a fishing blog”?  I ultimately decided to address the issue based on my personal experiences, and those related to me by others.  Does bigotry exist in tournament bass fishing?  First of all…how do we define “bigotry”?  Wikipedia defines bigotry as […] 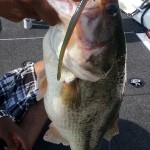 When trying to catch suspended bass, there are several techniques you can employ.  What you choose depends on where the fish are suspended in the water column, water temperature, water clarity and the cover you are fishing.  One of my favorite techniques for suspended bass, regardless of those variables is the drop-shot rig.  The drop-shot […] 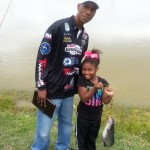