While I contemplated writing this article, I asked myself “Is this question too serious for a fishing blog”?  I ultimately decided to address the issue based on my personal experiences, and those related to me by others.  Does bigotry exist in tournament bass fishing?  First of all…how do we define “bigotry”?  Wikipedia defines bigotry as “the state of mind of a bigot: someone who, as a result of their prejudices, treats or views other people with fear, distrust, hatred, contempt, or intolerance on the basis of a person’s opinion, ethnicity, race, religion, national origin, gender, gender identity, sexual orientation, disability, socioeconomic status, or other characteristics”.

My question is…why?  Why does bigotry exist in tournament bass fishing?  Fishing is supposed to be one of the last bastions for true sportsmanship and fairness.  At least that is what we would like to think.  So then why are African-American anglers viewed and treated differently than our white counterparts?  Unless you are black, you may not believe this occurs or be able to recognize the disparity.

I have competed in quite a few tournaments where I was either the only African-American participant, or was one of only a handful.  When I attended the pre-tournament meetings, I was greeted with intense stares and was made to feel as though my presence was completely unwanted.  While getting signed in, I did not receive the same level of courtesy from the tournament staffers as did the white competitors.  Why?  Being a Customer Service Professional for over twenty years, I am very experienced in recognizing differences in how people are treated.  Usually I just let those things go, and chalk it up to ignorance.  But the differences were too obvious to ignore.  Though I may deserve the same courtesies shown to the rest of the participants, I understand the world we live in and how I’m treated is sometimes determined by the prejudices of others.

However, all the previously mentioned “slights” did not prepare me for what I experienced during the 2009 Walmart BFL Regional Championship on Lake Seminole.

In 2009, I qualified for the Walmart BFL Regional Championship as a co-angler out of the Gator Division (Florida).  On the second day of competition, I was paired up with an angler from the Bulldog Division (Georgia).  A few minutes after we launched, this individual asked me “Do you have any fried chicken”?  Even though his question was extremely stereotypical, I took it with a grain of salt and responded in the negative.  Everything would have been ok had it ended there.  But this individual proceeded to spend the rest of the afternoon making racist comments about every non-white ethnicity including African-Americans, President Obama and what he saw as my “biases” in favor of our President.

In his opinion, my support of President Obama was solely because he and I are black…nothing else!  He said “You people stick together”!  What initially started out as stupid insensitivity had deteriorated into a full-blown unadulterated racist rant!  I did not engage him, but inside I was absolutely seething!

Once we got back to the weigh-in, I proceeded to inform the Tournament Director about what happened.  A few days later, I received a phone call from the Tournament Director and a FLW executive.  They sincerely apologized to me, and told me they spoke with the individual about the incident.  Unsurprisingly, the coward denied everything!  I was not sure if they believed his lies or not, but they told me he was placed on probation and if they received any more negative reports about his conduct, he would be banned for life.  Although I felt the ban should have been immediate, I knew his behavior would eventually result in banishment!  Last time I checked, he has not fished a FLW sanctioned event since 2009.  I believe that is called karma!

Tournament bass fishing is supposed to be a fun and exciting activity, where anglers test their skills against one another.  It is NOT supposed to be an activity where one must fend off racial slurs and epithets, deal with stares so intense they could melt steel, and be treated like you are not wanted!  To avoid this kind of confrontational atmosphere, some African-American anglers have elected not to fish B.A.S.S. or FLW sanctioned events anymore.  Instead, they have opted to compete in regional bass club events only.  Those bass clubs are usually run by African-Americans, with a primarily African-American membership.  These anglers are more than capable of competing at the higher levels, but have decided it is not worth dealing with the afore-mentioned behavior and attitudes.  One angler I spoke with said “You couldn’t pay me enough to deal with that bullsh*t”!  I honestly can’t blame him!

No one wants to be subjected to bigotry on any level.  But I think we owe it to future generations of African-American anglers, to continue blazing a trail for them to follow.  As much as we may want to at times, it is way too easy to give up and just say the heck with it!  I shudder to think where we would be if those who came before us felt that way.  Therefore, we cannot give up or give in!  We must keep pushing…we must persevere!

A prime example of perseverance is Alfred Williams a.k.a. “The Jackie Robinson of Professional Bass Fishing”.  I guess you could say the professional bass fishing color barrier was broken by Mr. Williams. In 1976, this trailblazer became the first African-American to fish in a B.A.S.S. event.  In 1984, he was the first African-American angler to qualify for and fish in the prestigious Bassmaster Classic.  The Bassmaster Classic is widely considered the world championship of professional bass fishing. He finished in the top 10.

Another example is Sabrina Thompson.  In 2011, she became the first black woman to compete in the Bass Pro Shops Bassmaster Central Opens.  She was attempting to qualify for the Bassmaster Elite Series, and entry into the Bassmaster Classic.  Both feats would have been firsts for the sport.

Sabrina hoped the exposure she received would help other minority anglers, who are often overlooked by sponsors and vendors. “There are a lot of African-Americans out here fishing,” she said.  But Thompson said sponsors and vendors don’t recognize black anglers as a demographic, because they don’t know black anglers are out there.  That needs to change!  Our visibility must improve!

So what does all this mean?  It means…despite the obvious deterrents, we are here!  We are here to compete and help grow the sport that we love!  We are here to make our mark, and increase the profile and acceptance of African-Americans in this sport for years to come!  Unfortunately, the obstacle of bigotry (hidden or overt) has always been a part of the equation.  We can either allow it to drag us down and make us quit, or we can maintain our dedication and continue to compete.  Our perseverance will force those individuals to view us not as an “unwanted” presence, but as serious competitors who deserve to be treated fairly and with respect!  That’s all we want…nothing more, nothing less! 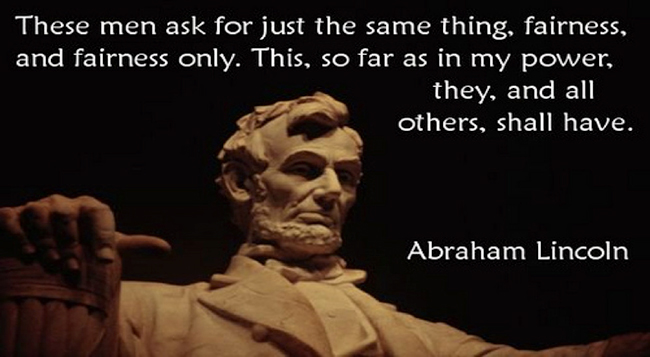