Summertime fishing can be brutal!  Not only because the heat can take a physical toll on the angler, but because bass have been known to shut down when water temperatures start to rise.  Bass tend to move to deeper, cooler water in an attempt to find relief from the heat.  That is if they are fortunate enough to live in a lake that has deeper water!

For example, most lakes in Florida are shallow water impoundments, with the deepest point being between 15 – 18 feet.  In those situations, bass will also look for heavy cover to shade themselves.  That cover usually comes in the form of thick weeds, hydrilla mats, overhanging trees, etc.  Just anything they can use as a canopy, to help block out the sun’s intensity.  This is why punching heavy cover has become a widely used technique during this time of year to catch big bass.

On any given lake across the country, regardless of conditions, you can always find bass hanging out in shallow water.  However, I believe the better schools of bass gravitate toward the deeper, cooler areas of the lake whenever possible.

For that reason, one of my favorite techniques to employ during these dog days is the drop shot.  But I don’t consider the drop shot to be just a deep water technique.  It is equally as deadly in shallow water!  With that in mind, I try and find a happy medium between the two (shallow and deep water).

I look for areas with hydrilla or some other weed cover, situated on the edge of shallow water as it transitions to deeper water.  This location gives me an opportunity to hit those deep water bass, as well as target those fish that are still in the shallow weeds.

Because I’m fishing in the weeds, I usually use braid as my main line but with a 10lb fluorocarbon leader for those “finicky” bass.  Coincidently, my bait of choice for this application is the PowerTeam Lures Finicky Tickler.  The action on this 5” straight tail worm is absolutely incredible!  My favorite colors is: Smoke W/Black, Purple, and Gold Flake.

I have used this bait on some of the toughest days, in both hot and cold weather.  While other anglers are struggling, I am literally able to entice bite after bite using this bait.  Case in point…I was out fun fishing with my buddy Ron on a local lake in Central Florida, in the middle of a near 100 degree day.  Not only were we the only people catching fish, but I managed to hook into the largest bass I have ever caught on a drop shot… A 9lb monster! 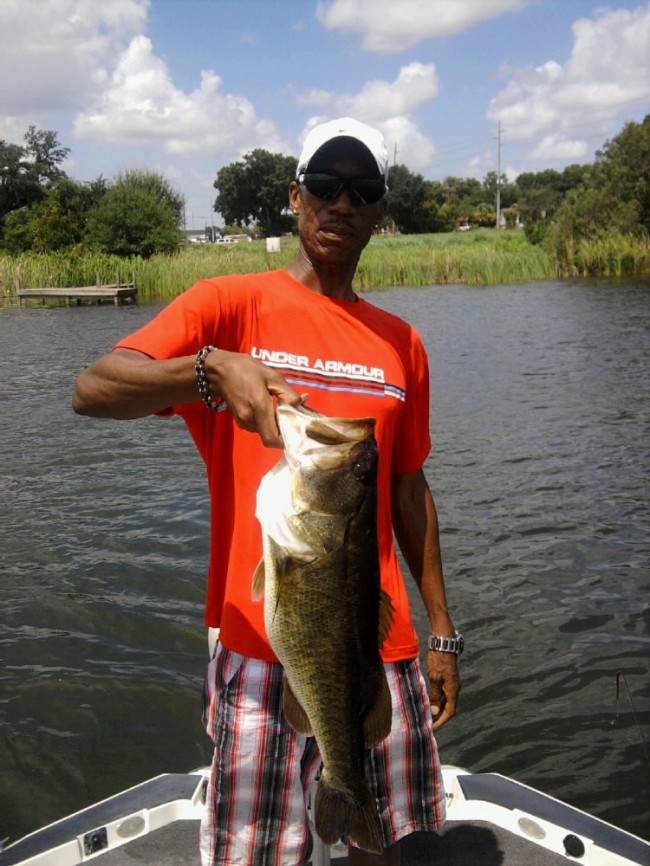 After hauling in that giant, I turned to Ron and said “If I don’t get another bite the rest of the day, that one fish has made this a great day”.  Little did I know that the Finicky Tickler was not done working its magic!  On my second cast after hauling in that 9lb hog, I felt a slight “tick”.  I set the hook on another big one.  This time it was a 6 pounder!  That’s two bass weighing 15 lbs, on a near 100 degree afternoon, both coming on the same bait!  Whoever said big bass won’t go after small baits when the weather is hot, have never used the PowerTeam 5” Finicky Tickler!  But hey, don’t take my word for it,.. The proof is in the pictures! 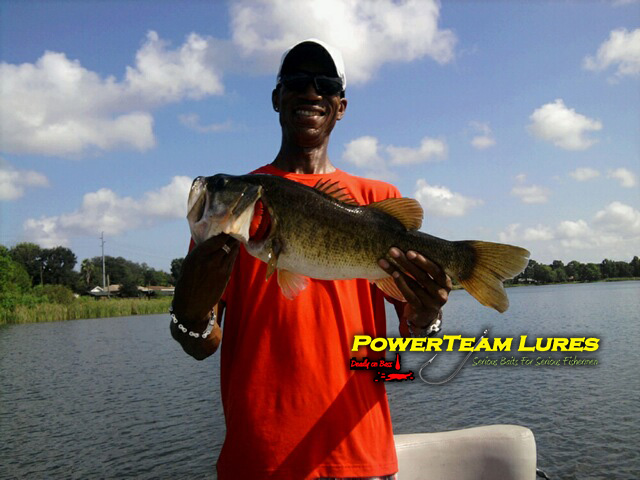